BMW’s straight six engine has many followers. This weekend they got another one.

I once read an article in the British CAR Magazine about which cars you must drive before you die. A sort of “bucket list” for car enthusiasts. I have no doubt when I put BMW’s 3-liter straight six on that list. I had a 530d at my disposal for an extra long weekend to visit my daughter in the UK. The man at the car rental company saw an opportunity for additional sales to a loyal customer. For a few extra pounds I was given the keys to the finest rental car at Stansted Airport.

BMW’s designers know how to create the perfect driving position.

A BMW 5 Series with navigation and automatic transmission was all I knew about the car as I went looking for it. “Not bad! A fat BMW M Sport with 18 inch wheels”, I thought when I saw the sharp lines on the bonnet and the aggressive front with large air intakes. It reminded me a little of classic British cars, like the Jaguar and the Bentley.

The electric-powered M sports seats were adjusted in all possible ways to make a perfect seating position. Someone had put the iDrive system in Spanish. I realise that such systems are not designed for people in their fifties. Neither my wife nor I was able to figure out how to change the language. I knew that the iDrive system requires a bit of adaption to operate, so I didn’t waste any more time on it.

-Spanish works fine when you are on a weekend trip. The destination on the navigation system was set to our hotel in Colchester, an hour’s drive eastwards across the countryside. I knew well where the hotel was, but appreciated to be guided on the way. To drive a car in Essex requires a constant focus on the speed limits, as there are many speed ​​cameras along the road.

Once I started up the straight six engine, I got that foolish grin on my face. A grin I was unable to wipe off. As a car enthusiast, my head turns around every time I hear a speeding BMW straight six engine, and now I was the one behind the wheel. It is a very creamy sound, indeed.

The BMW 5 Series (F10) has been in production since late 2010, and facelifted from 2014. There are plenty of them on the roads, and the M Sport styling is popular. Yet, this particular car gave me a better first impression than most 5-series I’ve seen before. Strange, because you cannot see on the front that it’s a six under the bonnet. It must have been the color, “Moonstone metallic”, a color that belongs to BMW’s Individual Color Palette. See for yourselves. My pictures were taken in the lights of a warm sunset. What do you think?

M Sport with its large air intakes and aggressive look.

Early in March, in the evergreen Essex countryside, the farmland along the highway was about to turn green with young sprouts. Parks and gardens were planted with yellow daffodils. The roads were dry, and along the narrow country roads between the villages we could see small creeks full of water. To us, this was a nice contrast to the vertical snow-slush we had on out way to the airport back home.

The straight six engine delivers 258 horsepower. The torque, which is 560 Nm at 1500 rpm, is more than enough, to speak. 70 mph on the highway felt very calm. 0-100 kilometers per hour (60 mph) takes only 5.8 seconds. From where my daughter lives, there is a small ramp to the main road where the fast traffic comes abruptly over the hilltop. A tiny snarl of the engine and we were in motion. No stress. Only the driver’s foolish grin.

That’s what I like with a straight six. The power is delivered without stress of any kind. No noise, no vibrations and no harshness. I enjoy how the wide 245 millimeter tires grab hold to the tarmac when accelerating through the bends up the hills on narrow country roads. The automatic transmission is a conventional 8 speed type that adapts to the environment and the driving patterns. It can be shifted manually step by step by tilting the lever to the left. I don’t think the 530d can be equipped with any other transmission.

Inside the city, where our hotel from the 1700 Century was located, the streets were so narrow that we had to put two wheels up on the pavement and maneuver with a clearance of just a few inches. I noticed on a few occasions that my eyes deceived me slightly – the car was actually wider than I thought. I think the M Sport styling with the sharp profiles on the bonnet contributed to it. Luckily I knew well where the wheels were, and the parking sensors told the when obstacles came too close.

Both iDrive and the gear lever required some adaptation.

It is somewhat meaningless to describe the comfort of a car that is so well designed for the driver and passengers’ wellbeing. The comfy seats, the wonderful sound, and everything you see and touch, are first class. A good question here is wether the comfort killed the car’s sporty handling.

I had the dynamic damper control on “Comfort” the whole time. It suited us well wherever we drove, mainly on highways and narrow british countryside roads along hedges and stone fences, on partly worn asphalt with quite a few pot holes. None of the roads we drove on, were suited to push the limits of the car’s sporting characteristics. I’d had to take it on a closed track in order to put sportiness to the test.

In the Nordic countries, a 530d would most likely be a Touring (stationwagon) with xDrive (4wd) ready to climb the roads up to some mountain cabin. Me, I like the fullsize sedans, and I’ve had the pleasure of owning several fine sedans over the years. I think the 530d sedan looks more elegant than the stationwagon, and much more like a classic British car, like the Jaguar. Anyway, I expect to have plenty of legroom in a sedan of 490 cm (193″), which we of course had.

Brakes can be decorative, as here.

The European NCAP test of the 5 Series stretches all the way back to 2010 when the model was introduced. The results were actually pretty good, – the 5 Series ended in 3rd place that year. Still today, those results are slighly better than german competitors, like the Audi A6 and the Mercedes E-class, which was tested the year after.

The BMW’s good handling and the vehicles body size contribute of course also to the good active safety, – the kind of safety that prevents accidents from happen – and not least, the feeling of being inside a safe car. 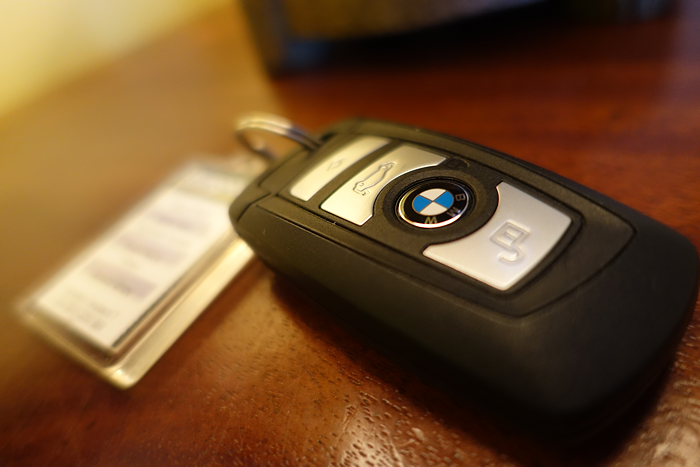 Renting a fat BMW is a great way to reward yourself.

The start price of 530d is NOK 653,900. Our British model with the M Sport package and navigation would reach 756,800 before we had looked further on the equipment list. Cars in this class normally have extra equipment in the price range of NOK 100,000.

There aren’t any economic arguments behind the choice of a BMW with the straight 6 cylinder engine. The 4 cylinder 520d with 190 HP is NOK 150,000 cheaper, and still quite a decent car. The price difference is a result of Nordic import taxes. I am amazed of the official consumption figures. 0.46 liters per 10 kilometers on highway driving, and 0.60 on urban driving are no less than impressive. Since I didn’t know exactly how full the tank was when I got the car, I cannot give any exact consumption figures, but my diesel consumption was approximately – and probably no less than 0.70 liters per 10 kilometers. That’s not bad either.

The car had stop & start technology. I experienced that the system worked better in the BMW than in cars from Audi / VW. In the BMW, the car did not start until you released the brake completely, whereas the Audi / VW starts when the momentum on the brake changes slightly, which actually makes the car start and stop several times during the same halt. I noticed that the stop & start system did not turn itself off in steep uphills, – but I never considered that as a problem.

BMW straight six is ​​all about passion – Not sensible arguments.

I am delighted that BMW still keeps the red instrument lighting which Audi unfortunately has left behind. 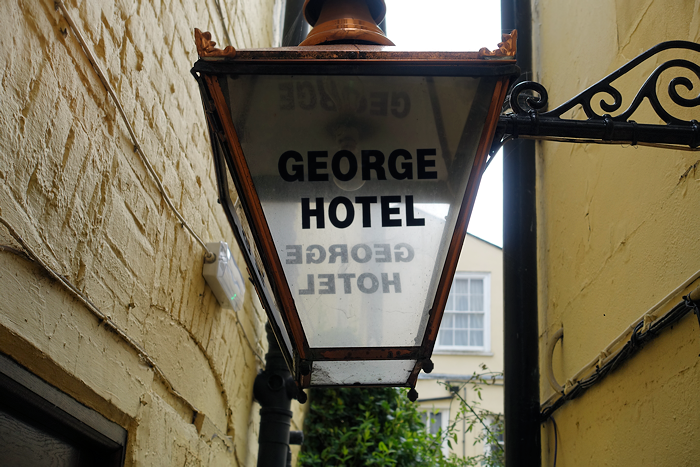 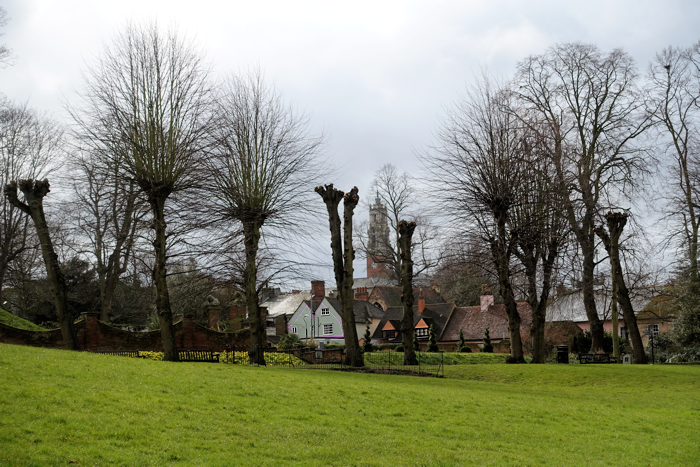 Colchester is the oldest town in the UK. 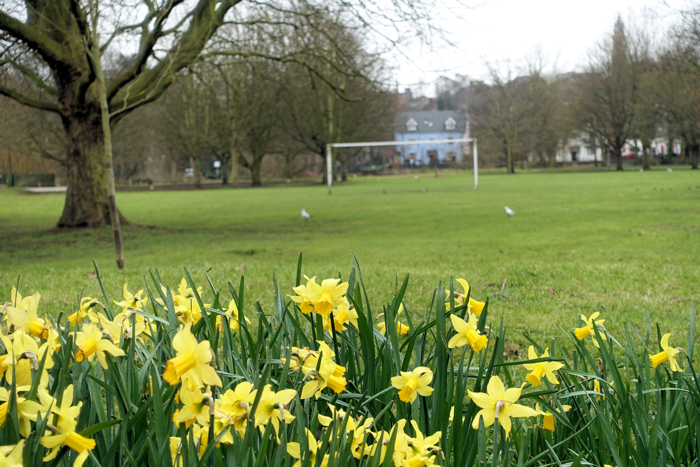